Hello everyone, my first article was published on September 29, 2020, exactly one year ago in Parter Magazine. So this month I'm celebrating my 1st year in Parter magazine. I am so happy. Let's say happy new year. I cannot forget the support and contributions of Mr. Cihan in this 1 year. I am very grateful to him for all his support. Welcome!

When I saw the poster of the Presidential Symphony Orchestra's opening concert, I was incredibly excited because the works that both impressed me, that I love to listen to, and that we can call an extremely difficult climb to everest in terms of performance were chosen as the repertoire. When such repertoires are chosen, it must be because I know the piece very well, that is, because I listen to it; Even if I listen to it from the most masterful virtuosos in the world, I always have this anxiety for some reason. Of course, not names like Itzhak Perlman or Hilary Hahn.

Yury Revich looked like a pure white smooth pastry cream just as he was getting ready to step on the stage and start Max Bruch's Violin Concerto 1 in G Minor 26 Op.XNUMX, let alone melt away like ice cream, he reflects the feeling of “sit back and enjoy the music” to us, He was enchanting us with his holding the instrument, his naive body language and his posture. 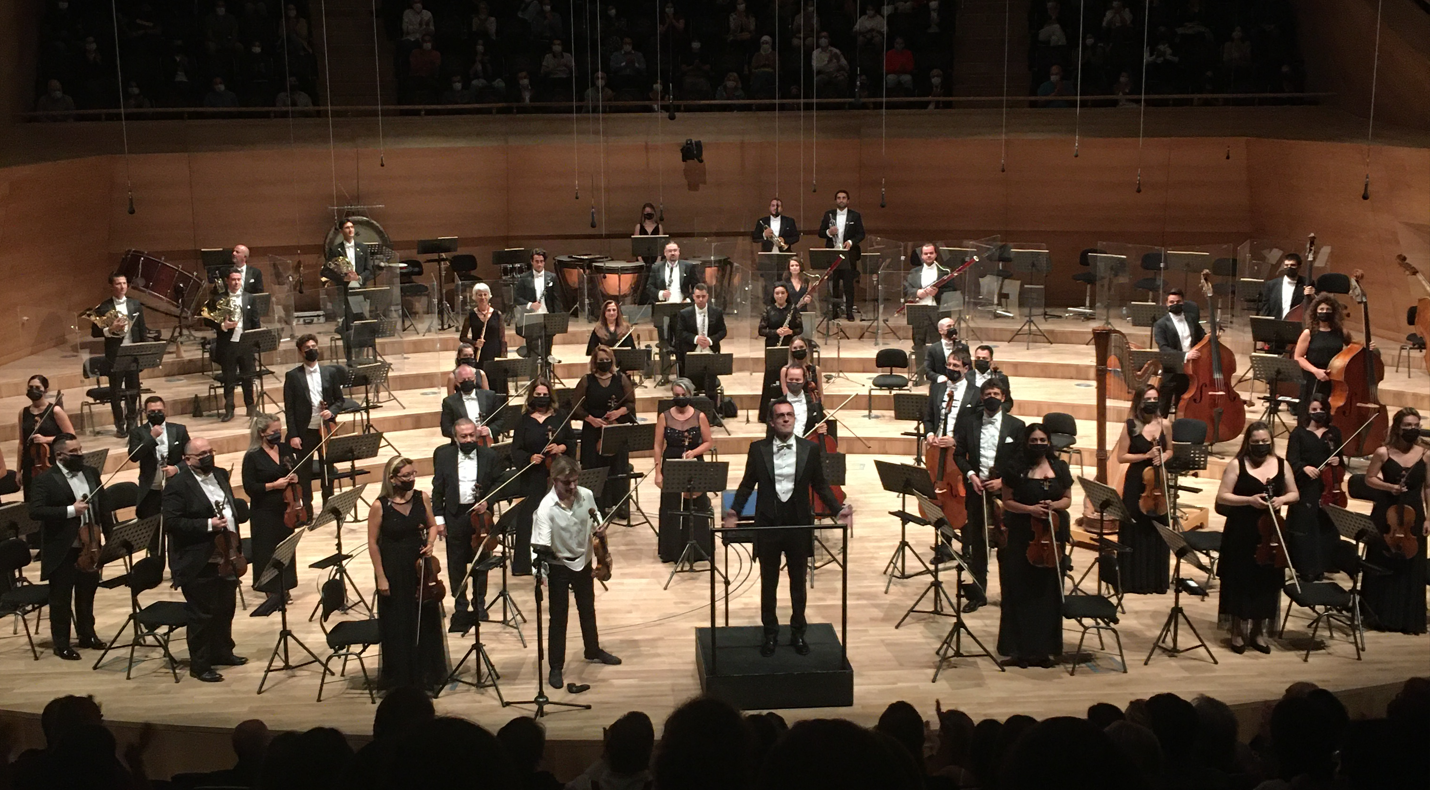 In fact, the new concert hall of the Presidential Symphony Orchestra was designed like a 360 degree oval plate in which all kinds of cakes can be served. This new hall, which is mostly likened to the concert hall of the Berlin Philharmonic Orchestra, is very special because I think it took 20 years to build. He even said for our concert hall at Revich, “It looks like a space shuttle from Mars” in an interview with Anadolu Agency. 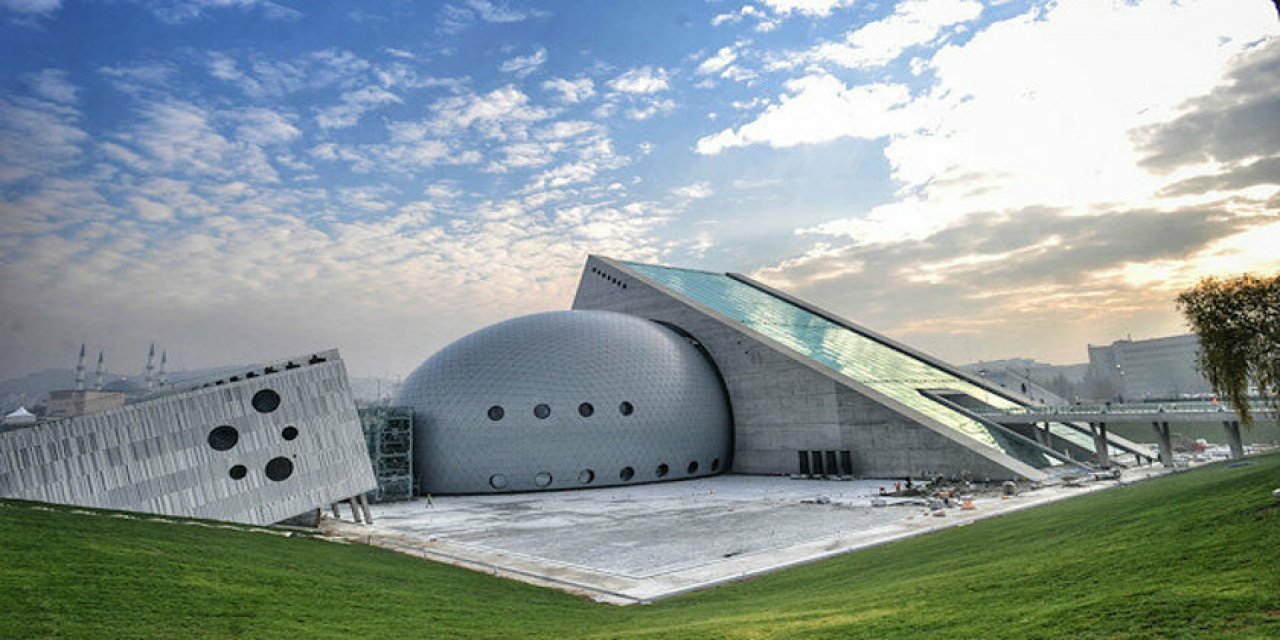 The living room is really stylish, beyond elegance, of course, it was built by making use of all kinds of technological possibilities in terms of acoustics. But even though I watched it in category 1 for some reason in the opening concert, despite everything, I wanted to hear Yury's violin right next to my ear.

We listened to the concert, which took place in the Main Hall of CSO ADA ANKARA, with great acoustics and intonation. Again, a cafeteria has been designed with an ambiance bearing the footprints of the postmodern era, where you can drink your coffee or eat your meal while waiting for the concert. The feeling that the building evokes in me every time I go is still too gray and its interior, lobby, reminiscent of a big airport. 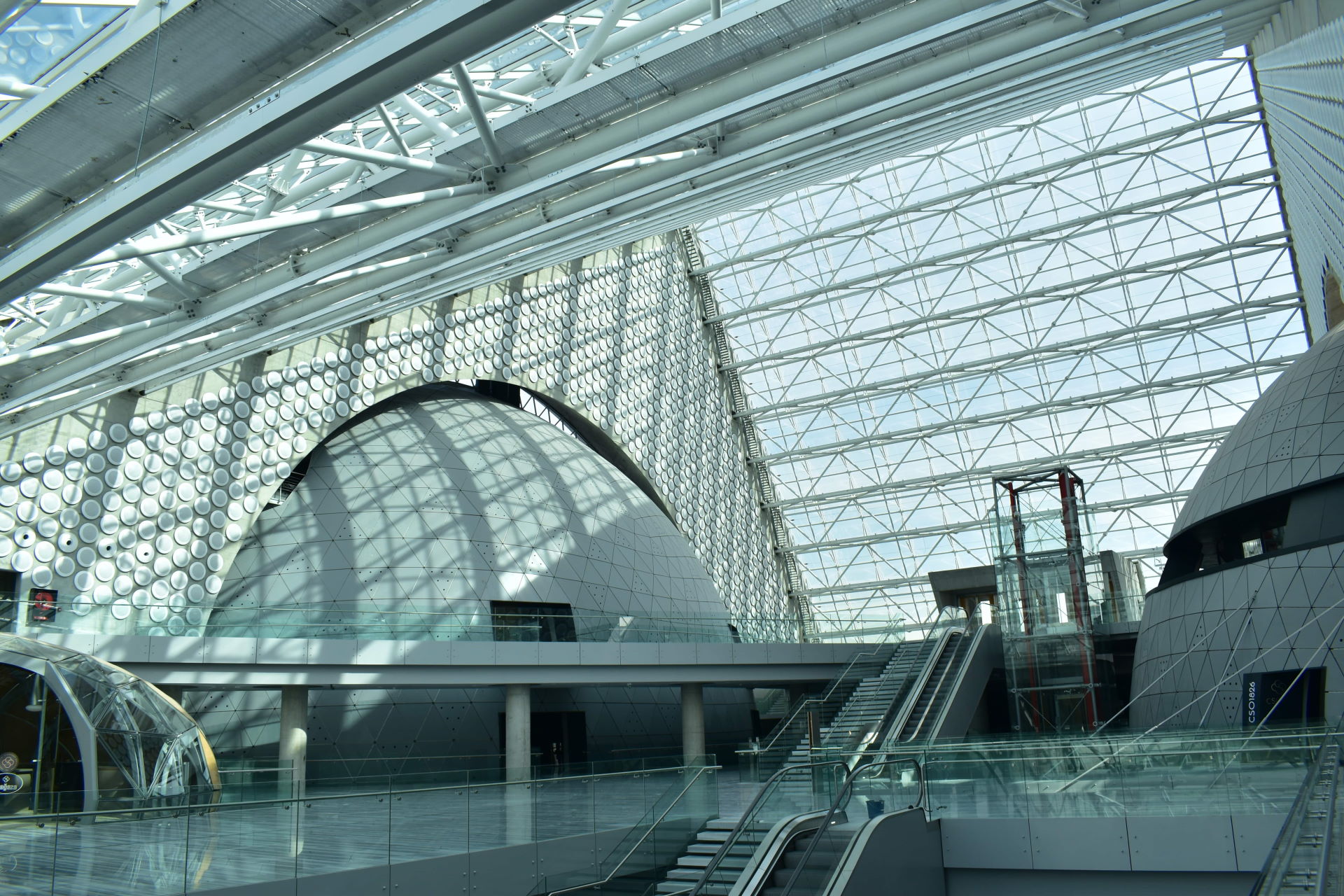 Let's come to the star of the night, Yury Revich. First of all, Yury Revich has been playing a 2016 violin on loan from the GOH Family Foundation since 1709. Again in 2015, he was given the "Youngest Artist of the Year" Award by the International Classical Music Awards. Yury, who was also selected as the artist of the year by the Vienna Beethoven Center, was born in 1991. At the age of 30, he made his debut at Carnegie Hall with Daniil Trifonov. Later, he gave concerts with Tchaikovsky Violin Concerto in La Scala and since then in very famous places such as Berlin Philharmonic, Berlin Konzerthaus, Wien Musikverein, Zürich Tonhalle, Wien Konzerthaus, Leipzig. He continues his work without slowing down. He even released an exquisite album these days in which he interpreted the works of Chevalier de Saint-Georges.

What a good thing he did by coming to visit our country. The Presidential Symphony Orchestra will host more valuable guests this season, I have no doubt.

Let's come to the concert, they were very excited with the Revich violin and Cemi'i Can Deliorman orchestra, their eyes were shining and it was obvious that they had prepared themselves very well for the audience who came to listen to this beautiful hall. The German composer Bruch, who passed away 100 years ago in 1920, fascinates us all with his devilishly difficult passages for the violin, his strong, passionate and orchestral writing that rises like battle troops, and the G minor tone and the piece, and don't let our enjoyment be touched by the master performers.

Since Max Bruch is a composer who loves folk melodies, you can feel this in the opening prelude and dialogues of this concerto. He wrote such melancholic and passionate melodies and weaved the G minor tone so beautifully that while listening to it, I can say that the music that entered my ears, both harmonically and emotionally, reached my heart before the nerve cells of my brain. Of course, my devotion and love for this work may be causing these feelings. The most important reason for me to attend the opening concert was that Bruch and Korsakov's Scheherazade (Scheherazade) Symphonic Suite would be performed.

The 1st Violin Concerto, with Yury Revich's masterful interpretation and the powerful performance of the Presidential Symphony Orchestra under the baton of Cemi'i Can Deliorman, dragged us like a book that you quickly turned the pages of, wondered about later and couldn't put it down, and when it came to the end, the applause lasted for minutes. The protagonists of the book were applauded many times over. Yury Revich finished his concert with a great encore. You can also listen to the variations he played for us on his Spotify channel.

I don't understand how Bruch's work started and how it ended. In the blink of an eye, the entire orchestra and the conductor, Mr. Deliorman and Revich, poured in like a torrential rain, and suddenly they finished the unique concerto. Because the first part of the piece was short, Max Bruch was also hesitant to say the concerto. Let me say good luck to everyone's hands and souls. Thank you very much.

Meanwhile, the second half of the concert continued with Scheherazade, the most popular work of Russian composer Rimsky Korsakov, born in 1888. Korsakov took his inspiration from Arabian Nights. Korsakov has wonderfully interpreted the struggle for survival through the tales that Shahrazad told to the Sultan for 1001 nights, which we all read as children or heard from his elders. I would like to share this work with you in a separate article, if I have the opportunity, because it is one of the rare works that should be examined on its own.

When the second half of the concert came and the violin solo playing Scheherazade's theme music started, I didn't want to be in the lead violinist's place. It must be hard to steal after Yury Revich, but no matter how skillful you are, a warm sun shining through the clouds after a heavy rain doesn't always show itself.

Yes, there is much more to write about the concert, but we do not have a classical music television that will broadcast these concerts live or on tape, unless we count the occasional TRT 2, so what I can write about a concert that not everyone has the opportunity to watch is limited.

Stay with love and health, hope to see you in the next issue.